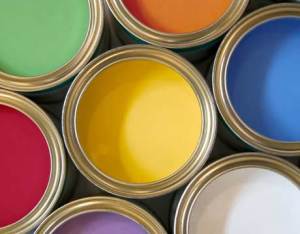 Well, the crazy hurricane season of 2004 prompted me to seal cracks and paint in 2005 before the next season could push more water through the concrete block walls and into the house. The thing is, I wasn’t prepared to make the investment in hiring someone to paint my house at that point and so I came up with a plan. I purchased paint that was the same color as what I had on the house and only painted three sides (avoiding the front which would require tall ladders) and even then did not do the part under the screened area. I did all roller work (that means no cutting in around windows). It was something I could do myself. I invested a couple hundred bucks and a couple parts of weekends and got it done.
If you look closely, you can see that it was not the best paint job — and that reality has become more apparent as the sun has faded the two paints differently over time. We have a lot of sun here in Florida. 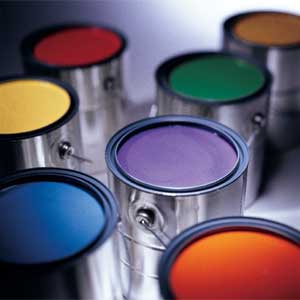 Now, five years after the not-so-great paint job and seven years after moving in, it is time to paint the house.
I’ve done some research into what it would cost to hire this work done knowing that I do not have the experise or the capacity to do this work on my own. I was talking with my friend Russ about this about a month ago and he let me know of a guy in Wycliffe who lives/works here in Orlando who has had a painting business. By this time I was prepared to hire the work done and pay what that would cost — but the idea of paying someone I know made that seem a lot less painful. I contacted Mike.
Here’s the short version: Mike is out of the business, but is going to be my consultant to tell me all the things I need to do to prep the house (a process I’ll start in Septmenber) and then will bring all of his equipment on a day in (likely) October and we’ll work for 12 hours and get it done. And by “we” I mean myself and Mike and a pile of friends who don’t even know yet that they will be bribed into helping.
This is a HUGE load off my mind (just having a plan) and the fact that it will be less costly than the original one is a bonus blessing.
Any of you who might be considering a trip to Disney World in September and who would like to add a day-long “mission trip” to do some pressure washing or other prep work, I could arrange that. And those of you who are in the area…start thinking now about what kind of bribe will best entice you to join us on paint day.
Now, where did that form for the HOA go so I can get committee permission to paint my own house?
—————————-
*They? You know…people here and there. Unofficial but somehow authoritative sources, confirmed by some Google searches and reading labels of products. Like that.

3 thoughts on “Painting the House”