I am not here to celebrate the life of a man who has been consistently and, I believe, rightly characterized as brutal, erratic, and defiant. I am also not going to celebrate his death, even though I do celebrate the end of an era of brutality for Libya and stand with many who pray the people of that African nation will do the hard work over time that can bring healing and hope. Ultimately I pray that God will work through whatever remnant of faithful Christians remain in Libya to bring deep and lasting restoration and reconciliation to Himself through a growing, dynamic church fully devoted to Him. 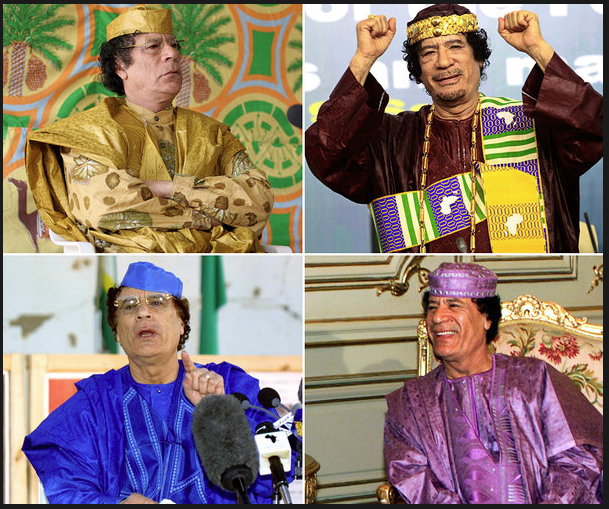 With Qaddafi’s death, there are myriad articles running in the media about his long reign of terror.  I think we can learn some things from this man about leadership.

As I read summary accounts of his life that include statements like “… in Libya, he ruled through an ever smaller circle of advisers, including his sons, destroying any institution that might challenge him.“ I am struck by his arrogance. And it is an arrogance that grew because he kept feeding it and eliminating anyone or anything that might serve as a check & balance in his thinking.

When leaders isolate themselves from the healthy influence of a diverse spectrum of thinking, they eventually lose perspective and their own thinking implodes. A healthy, effective leader must invite discussion and make room for advisers who will talk back.

Qaddafi’s long rampage to silence opposing viewpoints did not work well for the greater good of the country he lead. “By the time he was done, Libya had no parliament, no unified military command, no political parties, no unions, no civil society and no nongovernmental organizations. His ministries were hollow, with the notable exception of the state oil company.“

When leaders see all opposition as the enemy and set out to destroy that enemy, eventually they destroy the very thing (family, organization, community, nation) they are leading.  A healthy leader strives to build up what is good, willingly working with those who may not totally agree on all points when there is a shared goal.

This man used fear to keep people under his control.  A New York Times reporter noted that at least once each decade of his reign he when on a binge.

“In the late 1970s and early ’80s, he eliminated even mild critics through public trials and executions. Kangaroo courts were staged on soccer fields or basketball courts, where the accused were interrogated, often urinating in fear as they begged for their lives. The events were televised to make sure that no Libyan missed the point.

The bodies of one group of students hanged in downtown Tripoli’s main square were left there to rot for a week, opposition figures said, and traffic was rerouted to force cars to pass by.”

When leaders want people to follow their leadership without question, they often scare the crap out of everyone with some regularity. Demonstrating authority as POWER is one way this is done. An effective leader reserves the power play for the exception and not the rule. A good leader unites her followers around a common cause–a cause which is never fear which she creates.

There is more to learn from this man, but this is surely enough for today. The frightening thing about someone who truly is so frightening and evil is that if I’m  not careful, I can arrogantly think that I could never be like that. I must always remind myself that I can, in fact, be like that. I have within me the ability to be caught up in delusion, in sin, in self-obsession, in paranoia. Only by God’s grace do I walk in any light at all.

I wrote this earlier today at home and hopped online just a few minutes ago to do one last read through before posting. My intent was to put a link here to the NYTimes article from which I took all the quotes I used. It has been on the front page of the online version of the Times two hours ago. I can no longer find the article.  My apologies to the journalist who I am not able to properly credit.

One thought on “Leadership Lessons from Muammar el-Qaddafi”

Look what I just found in a small stash of business cards! An “artattoo” of...what was his name? Cliff?
It seems like saying anything more than what Dr. ABC has said here is more than unnecessary, so I’m adding nothing.
When you take advantage of a work meeting/lunch in Rochester and don’t get home until after your bedtime.
Yesterday—between the intense, beautiful, full-scheduled InterVarsity Staff Conference and a crack of dawn flight back to Madison today, I invested a day to recharge my introverted-self battery. I’m grateful for the hours+miles with @ileang8tr that included a bird-dominated stretch in a place where earth, water, and sky meet.
A wee rest.
At 5p Central, as the New Year began in Switzerland & France, we had cheese fondue. An hour later, we joined our friends in the UK while enjoying blueberry scones and a cuppa tea while solving a mysterious murder with Father Brown.
For years these were known in my family as Ruth Buerkley’s Special K Bars. About seven years into my decade+ of teaching, a student started bringing these in regularly to yearbook class and called them Smudgies. I went along with it. Then, when my cousin Marty started making them for every family gathering, they became known as Marty Bars. That name is the last one I will ever use for these. They bring back sweet memories of a generous, kind soul who we miss fiercely.